About Events Work with me What To Eat Blog Freebies Login 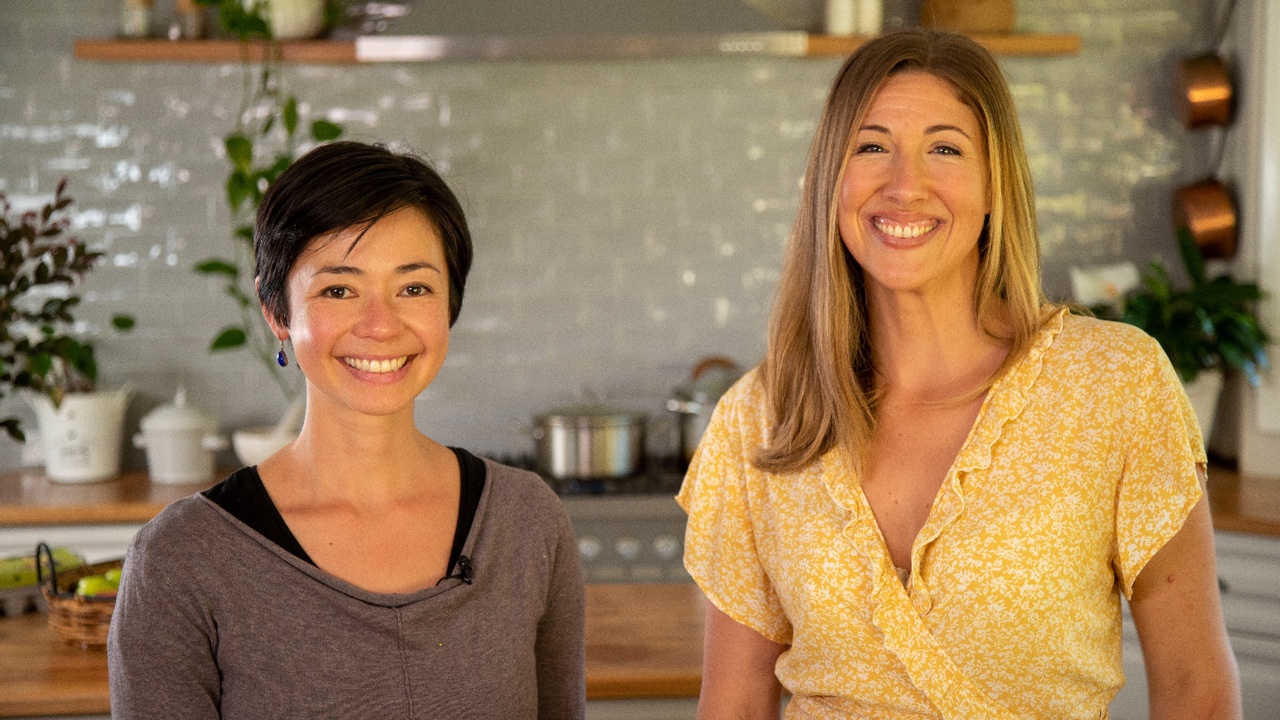 What thoughts come to mind when you think about cooking? Does it bring up feelings of overwhelm? Pressure? Joy? Creativity? Sustenance? Duty? When you think about eating, do your thoughts turn to enjoyment and pleasure or do you often find yourself subconsciously categorising your diet into ‘good’ and ‘bad’ foods?

We’re diving headfirst into new territory, here on the blog. For the next six weeks I’ll be teaming up with Danielle Abell from Lick The Plates and exploring the often self-imposed barriers that mess with our kitchen mojo – either sabotaging our efforts to cook or simply preventing us from enjoying the process as much as we’d like.

The stories we tell ourselves

If you are the primary cook in your family, you’re likely preparing many meals each week and making countless decisions about those meals each day.

Have you ever really stopped to examine the subconscious thoughts and beliefs you have around cooking and eating? They influence every single decision you make and play a central role in how you feel about cooking.

Rarely, if ever, do we take the time to truly acknowledge or question these thoughts – the stories we tell ourselves, which often play like a constant track in the back of our minds.

Mostly, these stories are completely subconscious and were learned somewhere along the way, perhaps the seeds were planted by the primary cook in our household growing up and then the baton was passed to the media, whose relentless messaging we’ve likely been exposed to ever since.

Spending time in the kitchen and cooking largely from scratch is a crucial piece of the health puzzle. For several generations there, we naively assumed we could juggle health and convenience, outsourcing the very thing that has been central to every culture since the dawn of humanity: preparing our own food from fresh ingredients.

Along the way, we’ve been aggressively marketed to by a soulless food industry, which has capitalised on (and greatly exacerbated) our inadequacies and frustrations. As a result, there’s a whole series of counterproductive messages which seem to be deeply ingrained in the collective psyche with regard to spending time in the kitchen.

Think about it, we’ve been programmed for decades that it’s too hard, too time-consuming, too boring, too expensive or simply not worth the effort, when none of these things are in fact, true. At least not relative to the inescapable fact that few things are harder, more time-consuming or expensive than poor health!

And due to this unfortunate loss of food culture (that inherent know-how and appreciation that has been passed from elders to offspring for millennia), coupled with the latest media trend of glamorising health and fancy food, I’m finding that the current generation of young parents are under enormous and unprecedented pressure to perform.

They desire good health for their families, a feeling of empowerment and fulfillment in the kitchen and perhaps, as of late, a greater sense of self-sufficiency; but they often lack the knowledge, skills or inspiration to accomplish these things without overwhelm and exhaustion.

What I’ve found over many years is that if people are taught how to make cooking at home quick, easy, delicious and inexpensive and if they’re educated around why cooking like our grandmothers did (with clever modern day hacks and technology) is not merely an optional practice but in fact, an essential one for good health – the counterproductive messages and stories soon fade away. And taking their place are feelings of joy, deep satisfaction and genuine inspiration.

And make no mistake, even those who have had the privilege of inheriting food culture directly from family or spent many years dedicated to learning and experimenting in the kitchen, can fall off the wagon at times. The stresses of life can temporarily hijack our thoughts and lead us into an uninspiring rut.

I’ve found that it’s helpful to link in with a tribe who cook the way you’d like to. There are many downsides to social media but the potential of being drip-fed inspiring, educational content isn’t one of them. It has the power to shift our stories in an instant – and has, for me personally, on many occasions.

Research has found that the act of watching someone else do something is far more effective at motivating you to do it yourself, than simply possessing the knowledge and skills required to do so. Obviously when it comes to cooking, know-how is important, however don’t underestimate the importance of regular injections of inspiration to keep your kitchen mojo on fire.

So, what are your kitchen stories?

Take a moment to think about it: what are your repeating stories around cooking and eating? Is it too hard? Too time-consuming? Are you a ‘bad’ cook? Or too overwhelmed to try something new?

Over the next five weeks, Danielle from Lick The Plates and I will be exploring the common stories we all tell ourselves in the kitchen, particularly the ones that aren’t serving us.

Each week we’ll delve deeply into one specific kitchen story, bringing it to light and turning it on its head, in order to rewrite it. We’ll offer practical hacks to help disprove them and share how, we ourselves, have overcome our own versions of these same stories.

Hopefully you’ll find something in each of these stories that you can relate to, and as we unpack them, begin to find more flow in the kitchen again!