About The Easy Way What To Eat Blog Freebies Login 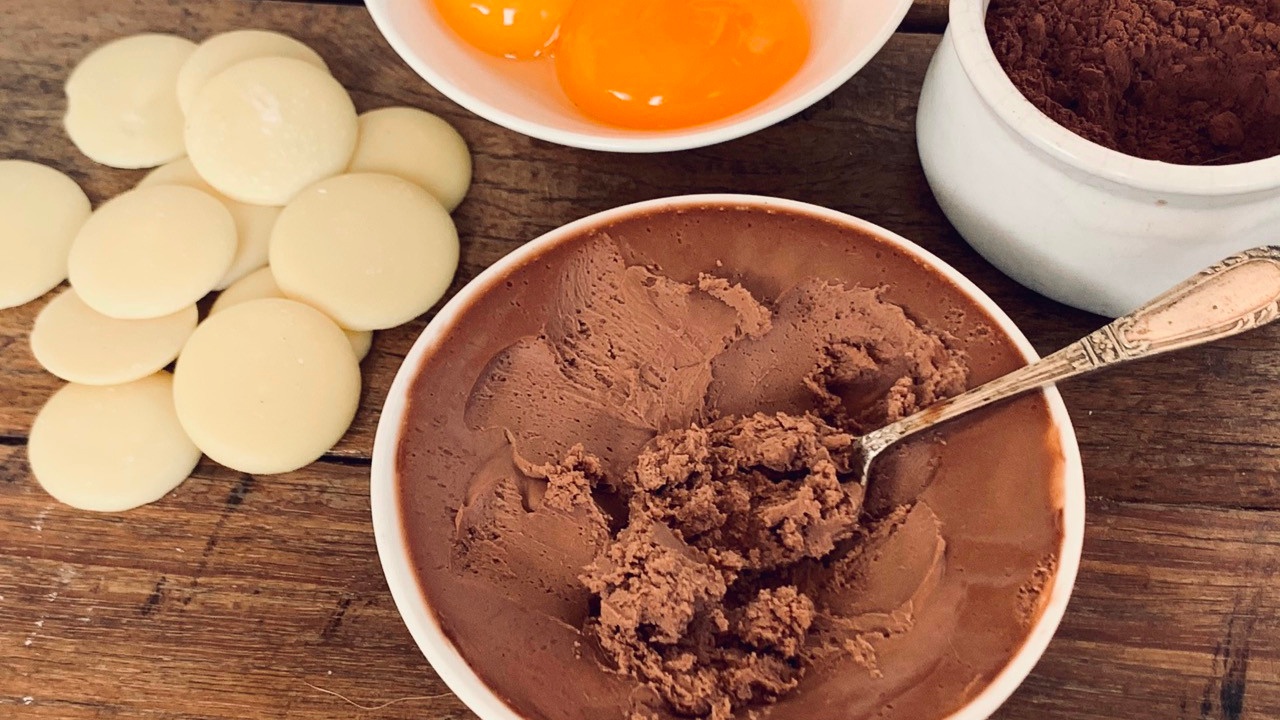 Now, before we get into all the chocolatey details, I want to talk a little about the importance of soul food from my perspective.

Having spent a couple of decades in search of the best diet for humans and in the process, experimented with the bulk of the dietary and detox protocols out there, I can tell you firsthand that overly restrictive eating isn’t the best path to feeling good.

Naturally, eating well is important, however for some, it can be a slippery slope to becoming obsessive or fixated on compartmentalising foods as ‘good’ or ‘bad’.

The importance of soul food

One thing I’ve come to know is that soul food, whether it’s homemade or even the processed store-bought variety (gasp!), is an extremely important component of a healthy diet. And the way we approach it will make all the difference.

You might be familiar with the ‘French Paradox’, a term coined to describe the apparent mystery of why the French can eat three times as much fat as Americans, but their population has remained at a much healthier weight and with less incidence of heart disease. The simple explanation is the quality and ratio of the types of fat they consume, but we’ll come back to that another time.

If you can imagine living in a country where there are lower health risks associated with an indulgent diet, you can understand how the French have a completely different mindset around food. This was highlighted beautifully many years ago with a simple experiment, referenced in Michael Pollan’s brilliant book ‘In Defense of Food: An Eater’s Manifesto’.

When the French were asked to share the first word association that sprang to mind upon being shown the words ‘chocolate cake’, the most common response was ‘celebration’. For their American counterparts, it was ‘guilt’, demonstrating the degree to which diet culture has radically transformed an enjoyable pastime into one that generates an internal state of fear and loathing.

The area of research that investigates how our perception influences biology is a fascinating one. Several studies spring to mind which suggest that the way we view the food on our plate can have a significant effect on our physiology when we consume it.

For starters, we know that different areas of the brain light up when we view food as celebratory versus being a guilty pleasure – or even something we know we ‘should’ eat, purely for health reasons.

Earlier in this series, we touched on the idea that pleasure can have a profound effect on the nervous system (and thus our overall physical and mental health) via the vagus nerve, which is informed by our senses and determines our physiological response to our environment.

By mindfully indulging in a chocolate-covered donut every once in a while, especially if we engage our senses by revelling in the delicious aroma, flavour and texture – we can have a calming effect on the nervous system, flooding our body with a cascade of beneficial chemicals and generating feelings of joy. This process also helps to switch on the digestive process to enable us to deal with the less-than-ideal nutritional situation that is the modern donut!

This process is amplified further when we’re indulging in foods associated with fond childhood memories. To any mamas who might be reading this: preparing delicious, nutrient dense, homemade soul food for your children might be a fairly thankless task, but the benefits go far beyond their immediate nourishment.

So, if you’re someone who has the tendency to become attached to certain ways of eating, I encourage you to give yourself permission to really enjoy your food. At each meal, regardless of what ends up on your plate, focus more on the joy of eating – utilising all your senses – rather than the analysis or judgemental chatter that might be taking place in your head.

A way to tick both boxes

Now, as I fall more and more deeply in love with learning more about regional cuisines and traditional foods, and as the long-lasting impacts of the misguided anti-fat campaign have dwindled, it becomes overwhelmingly apparent that the dishes many of us would describe as ‘soul food’ can be made with extremely nutrient-dense, nourishing ingredients. They can actually be healthy!

Now that we know that saturated fat is not the enemy; that most saturated fats – and indeed most animal fats, whether they’re saturated or not – provide vital nutrients for brain, nervous system and hormone health; that traditional cultures ate ten times the fat-soluble nutrients than we do, it’s time to rethink our relationship with soul food all over again.

This decadent recipe is a recent invention of mine, created mainly to get a broader range of healthy fats into my kids – neither of whom can currently tolerate dairy, much to my overwhelming disappointment!

Given that it uses the same technique as a traditional mayonnaise, I’d initially named it ‘chocolate mayo’, however was quickly reprimanded by my test subjects – apparently it’s too off-putting. Chocolate mud cream, it is!

Cacao or cocoa (the terms are interchangeable, please ignore the raw foodies who insist that one is raw and one is cooked – simply not true!) is also exceptionally nutrient dense and has a long-standing reputation as a mood-enhancing functional food.

The nourishing and deliciously aromatic fat of the cocoa bean, which can be purchased in bags of easy-to-use cocoa butter ‘wafers’ from local girls Nurtured Earth is used in this recipe to emulsify – just like oil is used in a traditional mayonnaise.

The recipe is extremely forgiving and doesn’t tend to split – so there’s no need to be as cautious and slow with adding the melted fat.

My favourite method with any type of mayo, is to use a handheld blender and mix it up directly in the jar you’re planning to store it in. This recipe makes around a cup of mud cream, but can be doubled or trebled depending on family size. Trust me, it won’t last long in the fridge!

The chocolate mud cream will store in the fridge for up to one week and is a delicious accompaniment to fresh berries, waffles and of course can be eaten straight out of the jar with a spoon. It can also be frozen into the creamiest homemade ice cream – we love to blend it up with ice cubes and a splash of nut milk for a dairy free chocolate ‘milkshake’ on hot days.