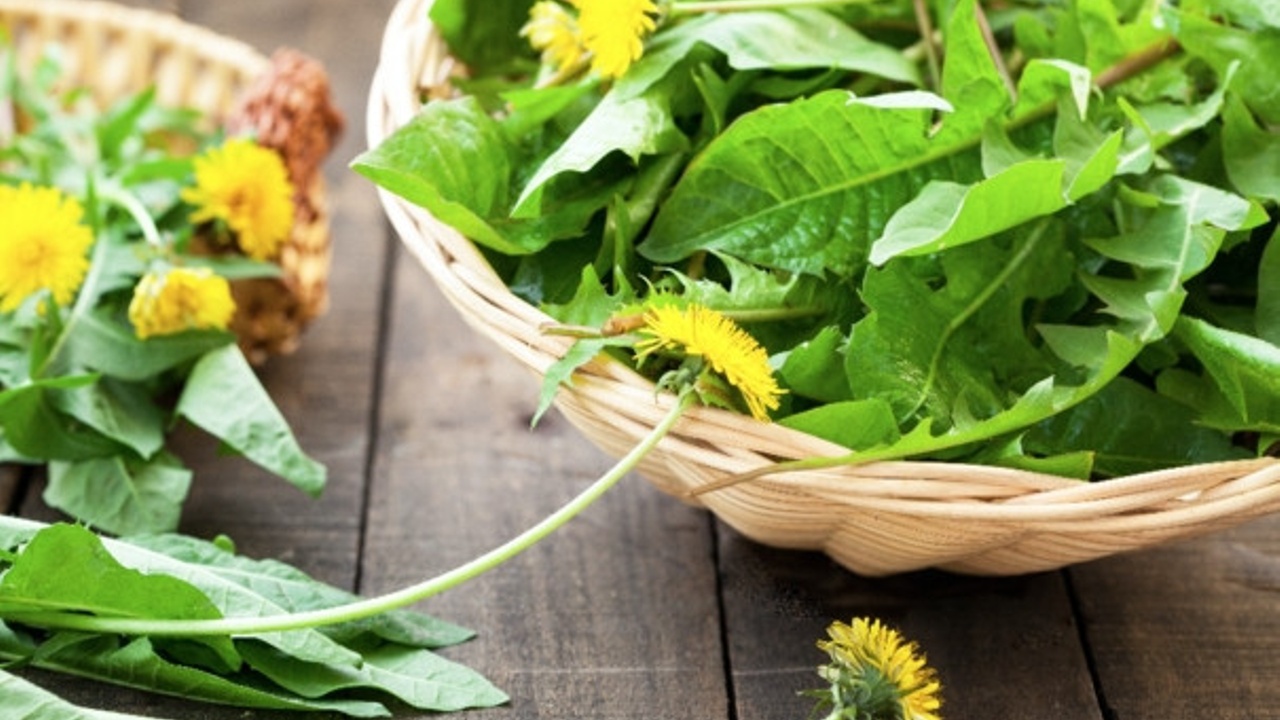 It’s a flavour that is universally associated with harshness, pain and the downright intolerable, yet bitter foods (and especially greens like radicchio, endive and dandelion) are an overlooked and very essential food group. It’s possible that many of the health complaints that plague us in the modern era, such as reflux, indigestion and type 2 diabetes, may in fact be traced to a deficiency of bitters in the diet.

For the health conscious folk among you, who probably prioritise getting enough fibre, vitamin C, iron and calcium – and for the finger-on-pulse types, probably also bone broth, liver, kale and chia seeds – when was the last time you pondered whether you’re including sufficient bitter foods in your diet? Did it ever make your checklist, I wonder?

Certainly not mine, until several years ago when my all-time favourite food author, Jennifer Mclagan penned the modern classic “Bitter: a taste of the world’s most dangerous flavour”. I had the privilege of interviewing Jennifer for my online program and my long-standing adoration for her brilliant mind and unconventional questions only grew.

I began to contemplate.. what if bitters are truly one of the missing links for health? She and many renowned herbalists have convinced me that they are. In fact, most traditional cultures revered bitter foods – not merely as supplements, but as an essential component of good health. And yet our domesticated tastebuds are justifiably repulsed at the idea.

McLagan suggests that for many of us, our first encounter with the flavour was stealing a sip of beer or coffee as children and likely didn’t set us on a good trajectory. From there, we’ve been raised in a culture that worships every other flavour, eschewing bitter foods aside from those two guilty pleasures. Thankfully there is a growing resurgence of traditional foods underway. Dark chocolate is back, blue cheeses like Roquefort and Gorgonzola, and ..kale, thanks to its world-class marketing campaign which I still can’t quite make sense of. (Seriously, how, where and why did that thing take off?!)

What are bitters and why do they work?

Bitters are compounds found in plants, which help protect them against predators, microbes and oxidative damage. When we eat bitter foods, the flavour is registered by receptors on the tongue, and a cascade of events known as the ‘bitter reflex’, is initiated. Thus, it’s the taste of bitter, rather than merely an ingestion of the compounds themselves that creates the effect. Alas, there’s no hope of chugging a green smoothie or opting for a capsule with this one.

In a nutshell, this flavour enhances the most fundamental element of health: the ability to properly digest and sufficiently extract nutrients from our food.

In effect, the regular use of bitters can address many of the most prevalent and over medicated health conditions we’re faced with, today.

Tips on how to consume them

Historically, bitters were consumed before meals, either as apéritifs, infused with bitter and aromatic herbs, or as a salad of wild greens. In my experience, the latter is the simplest way to rekindle the tradition.

Rest assured that even the most sensitive of palates can become accustomed to this flavour. Start slowly, by including small amounts of bitter greens like chicory, radicchio, rocket, endive, dandelion – and yes, kale, if you must. Just a few leaves among the more palatable lettuces initially, gradually increasing as your tastebuds evolve. And they will, I promise! Your body will be reacquainted with the extra digestive support and eventually kickstart a craving mechanism.

Bitter greens are much easier to tolerate if combined with something sweet. Acid and fat also really help to distract our tastebuds. This combination begs for a salad dressing, does it not? It’s almost as if our forebears had a grasp on this stuff.. 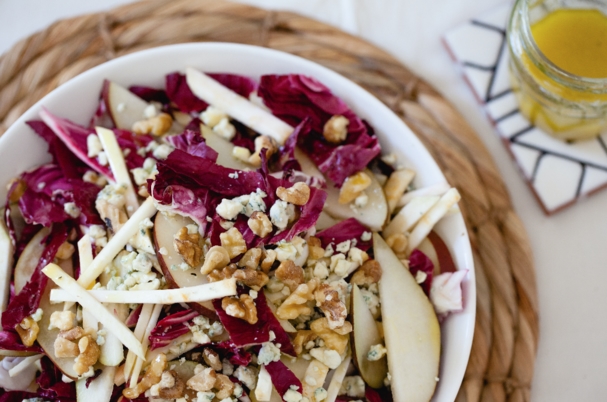 This salad features three, star ingredients that range from mildly bitter – the walnuts and cheese – to the radicchio at the opposite end of the spectrum. If you’re not quite ready to go the whole hog, serve it on a bed of mild leafy greens to temper the intensity.

For the dressing: add all ingredients, except the olive oil to a jar with a tight-fitting lid and shake vigorously, ensuring the honey is fully dispersed before continuing