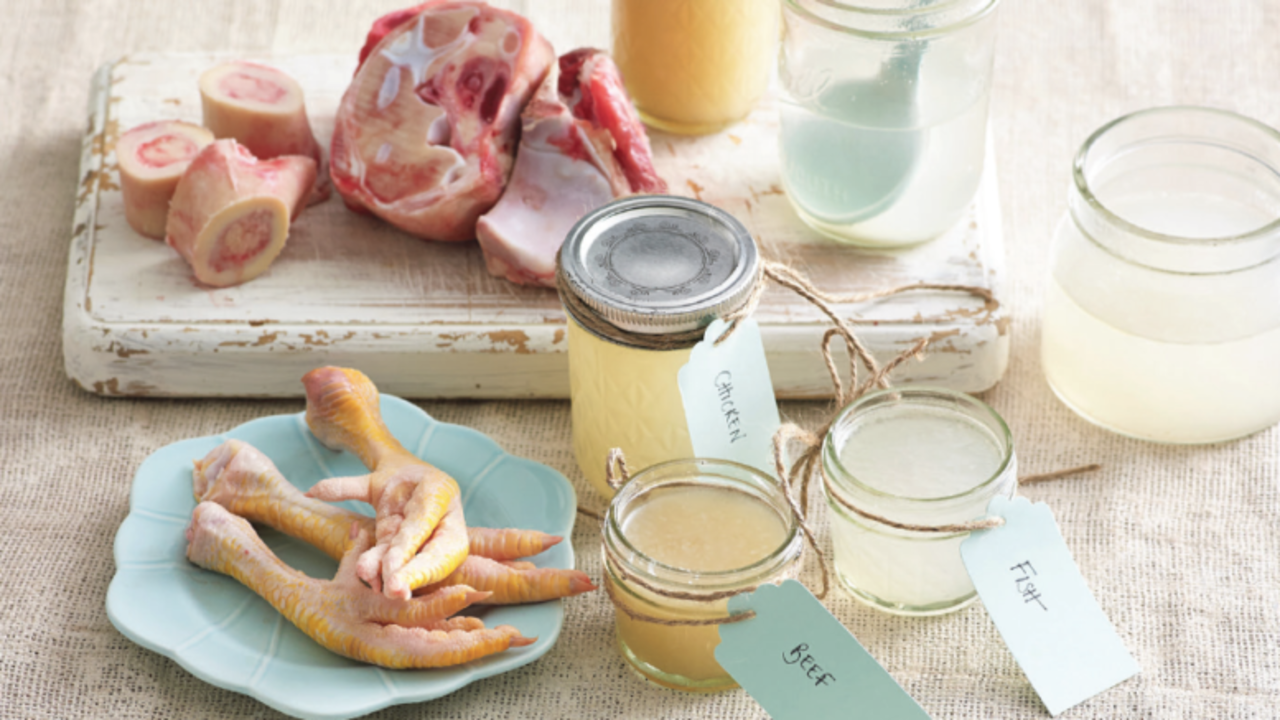 This week in our immunity series we’re back in my favourite place to find solutions: the kitchen.

And we’re talking the miracle that is soup… or broth.

Just so you know, I’m steering well-clear of the definition debate (FYI, there’s an all-out war between chefs and nutritionists regarding how they define broth and stock) – I’ve studied in both fields and can see both sides, so am resigned to the using the terms interchangeably.

Meat and fish broths have both been prizedas a ‘cure all’ in traditional cultures. It’s no coincidence that they are central to almost every single regional cuisine. Traditional cultures always consumed the ‘whole’ animal – not just the muscle meat, but the organs and bones too.

Our great grandmothers also recognised the value of broth and how to nourish their families in sickness and in health. The fact that we’ve overlooked the value of broth in recent times is, quite simply, a travesty for not only our collective health, but our taste buds too!

Anyone who has already made the switch from stock powders and cubes back to brothbased cooking, will understand why. Our taste buds are engineered to appreciate nutritional complexity and the range of nutrients found in broth make it far superior to any quick fix you can substitute.

After quizzing people for many years about what they notice when making broth a mainstay of their diet, the main responses include: improvement in people’s skin, hair, nails and joints; improvement in the quality of their sleep; and a newfound ability to come through flu season unscathed.

So, what makes broth so special?

Homemade broth offers critical healthsustainingand immune-boosting compounds that we simply cannot get anywhere else, including brown fat and adiponectin. (You might recall from my shivery column two weeks ago that cold exposure also boosts adiponectin, a fat-burning hormone which reduces inflammation and improves insulin sensitivity and glucose regulation.) But broth contains many other important things, like …

Gelatin, the cooked form of animal collagen, is arguably the first ‘functional food’. Long before vitamins were discovered, gelatin was at the forefront of food research – from the 1700s up until the 1950’s, when food companies began manufacturing cheaper substitutes – and many French researchers concluded gelatin was valuable in treating ulcers, diabetes, infectious diseases and cancer.

Gelatin is a ‘hydrophilic colloid’, which helps to draw our digestive juices into the stomach for improved nutrient absorption. You can absorb more nutrition from everything you eat, by simply incorporating broth into your cooking or sipping a small cup with each meal.

After vitamins and minerals, glucosamine is now one of the most popular supplements on the market. Why? Because we’re suffering an epidemic of ‘broth-deficiency disorders’, most especially joint problems.

By neglecting to include broth in our diets, we have inadvertently side-stepped an entire family of these crucial nutrients that repair and nourish our cartilage, joints, tendons, skin and bones and assist with wound healing. Having worked for the NRL, I can tell you that in recent years, broth has been included in their repertoire for injury prevention, recovery and immune health.

When we think of cows as a source of protein, we instantly think ‘meat’. However only fifty percent of the protein comes from the meat – the other half is made up of the collagen found in the joints, bones and skin (the stuff we usually toss in the bin!).

When we make broth out of these elements, we are creating a protein-rich food that works as a protein-sparer. That means we can eat less meat, when broth is included in a meal.

Peasants knew this and, in the present economic upheaval, we should too. Other protein sources like meat, seafood and eggs tend to be high in a range of amino acids that can be pro-inflammatory if not balanced with those found in broth. Broth contains the nourishing amino acids glycine and proline, which soothe the nervous system, reduce stress and anxiety and improve mood and sleep.

Many of us intuitively crave chicken soup when we are sick and its benefits are now widely reported in scientific research – it isn’t called ‘Jewish penicillin’ for nothing! So, here is my beginner’s fool-proof chicken broth recipe. This is the simplest way to get rich, flavourful, extremely gelatinous chicken stock (and tender, slow-cooked chicken meat) to use for cooking.

You can add vegies, herbs and spices, but there’s no need to overthink it. Place one whole pastured chicken (or 2-3kg of drumsticks) in a large stock pot, with enough water to cover and bring to the boil. Skim any foam that rises to the surface, then reduce the heat to a low simmer, cover with a lid and cook for around 2 hours.

Allow to cool slightly, then carefully strain the broth into glass jars (in inch from the top, if you’re planning to freeze). Allow the chicken carcass to cool, then pick the meat from the bones, to save for cooking.

This is my all-time favourite Winter recipe – best servedat the onset of a cold! It contains ginger, garlic and chilli, which are powerful antibiotics and antivirals in their own right.

The Thai herbs aren’t merely aromatic miracles, they’re packed with an array of immune-boosting compounds and antioxidants to boot.

Or: handful of diced chicken meat, left over from brothmaking

Small handful of either (or both): coriander or Thai basil, roughly chopped Juice of 1 small lime or half a medium lemon.

1.  Heat the ghee on high heat in a medium-sized pot. Sauté the garlic, ginger, chilli, spring onions, and lemongrass for 2 minutes, then add the tomatoes and continue to sauté for an additional minute. Add the stock, fish sauce, maple syrup, and salt. Bring to the boil, and then reduce heat to low. Simmer for 5 minutes.

2.  Add the mushrooms and kaffir lime leaves, simmering for a further 3 minutes.

3.  Add all other ingredients except for lime juice, simmer for 1 final minute, then swiftly remove from heat. Garnish with the lime juice and extra coriander to serve. 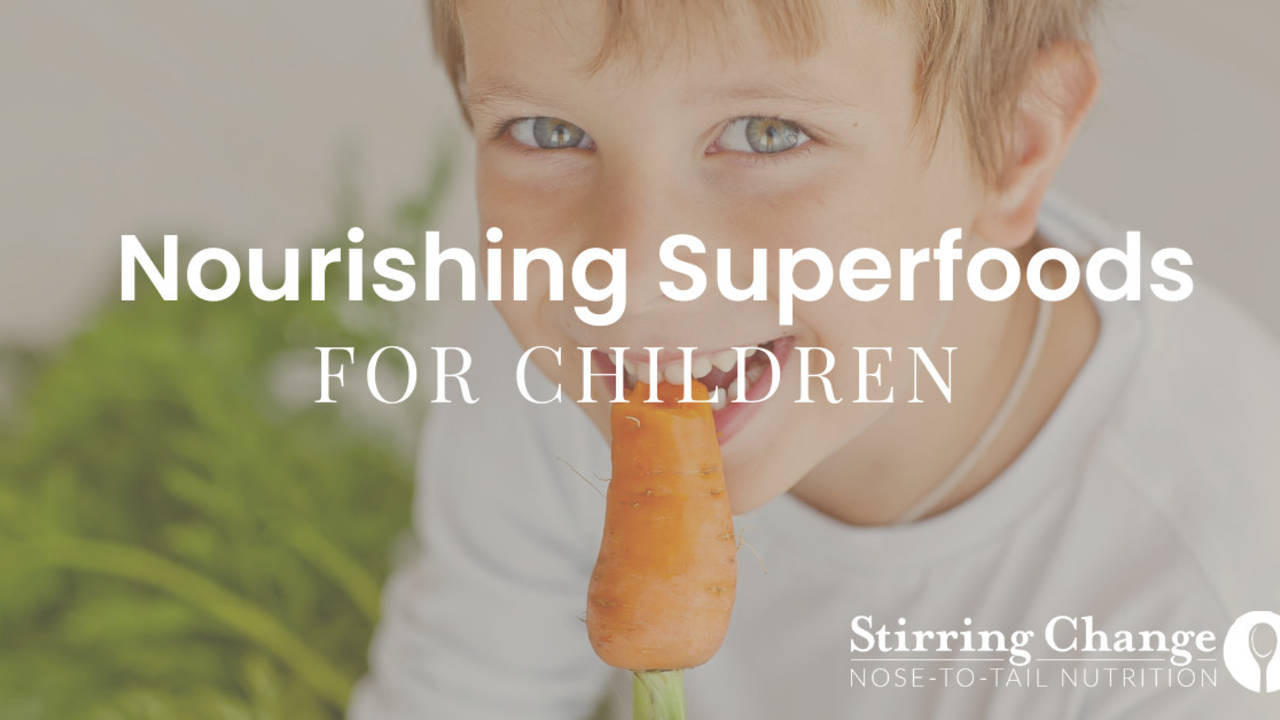 This eye-opening talk will help you identify the important nutrients missing from our modern diet which are absolutely CRITICAL to normal, healthy development in children - as well as fertility,  preconception, postpartum and of course for all adults as well!